Black Lives Matter ABQ Presents: The Get Down 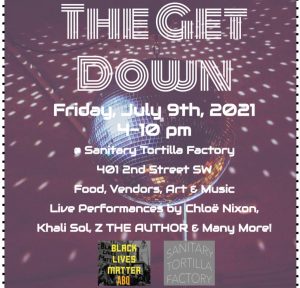 Sanitary Tortilla Factory is proud to host “The Get Down”, a Blick Lives Matter ABQ event. Join us on Friday, July 9th from 4-10 pm. There will be food, vendors, art, and music including live performances by Chloë Nixon, Khali Sol, Z THE AUTHOR, and more! 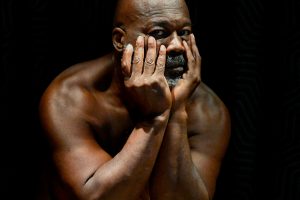 Sanitary Tortilla Factory is proud to announce our Summer 2021 Artist in Residence Mitchell Squire will be joining us July-August, 2021. Squire is a multidisciplinary artist, educator, and curator whose practice encompasses architecture, visual art, and the study of material culture. He has mounted solo exhibitions at CUE Art Foundation (NY), White Cube (London), Bemis Center for Contemporary Art (Omaha), and the Des Moines Art Center, and has had work included in signature group exhibitions across the United States such as Richard Gray Gallery (Chicago), Everson Museum of Art (Syracuse), and Minneapolis Institute of Art. His work is in the permanent collections of the Des Moines Art Center and the Minneapolis Institute of Art as well as major private collections worldwide. He has completed residencies at Skowhegan School of Painting and Sculpture, Ox-Bow School of Art and Artists’ Residency, and Banff Centre for Arts and Creativity, and has been an invited participant in educational programs at Museum of Modern Art (NY), New Museum (NY), and Pérez Art Museum Miami. Squire currently holds the position of Professor of Architecture at Iowa State University where he took both undergraduate and graduate degrees, and has been visiting professor at Bernard & Ann Spitzer School of Architecture at City College New York (2020/21), University of Tennessee (2020), University of California Berkeley (2012 and 2015), University of Michigan (2009), and University of Minnesota (2000), and has taught abroad in Rome, Italy (2004, 2007). He has received awards from the Association of Collegiate Schools of Architecture (ACSA) for New Faculty Teaching (2005) and Creative Achievement (2009).

In 2020, Squire co-curated the exhibition “Black Stories” at the Des Moines Art Center, which was his first major curatorial effort, and founded the Gateway Fund, a self-sustained, self-funded public art project that distributes micro grants to emerging BIPOC artists, designers, activist, and public intellectuals living and working in Iowa. He also initiated the Black Chapel project, an on-going site-specific installation that is his largest sculpture to date. The project is a creative emplacement within a 3-story antique corn-sheller located at Black’s Heritage Farm in Ames, Iowa, about 1.5 miles south of Hwy 30. Built in 1965/66, Squire intends the site be used for explorations in Black spatial practice, specifically Black performance and sound art, in addition to a sculptural repository for antique jewelry.

Another on-going project, which Squire began in 2020 under the annoyingly academic title “Self Portraits on the Socio-Sexual Effects of Extractive Economies and the Material Geophysics of Race” but which he has since coined “the sexuality of the thicket”, he plans to pursue during residency at Sanitary Tortilla Factory through drawing, photography, and performance. This project marks Squire’s formal return to self-portraiture which he began in the 90s, through which he hopes to assert a set of ever-shifting imaginaries of sexualities of the ‘field’, in the materiality of a ‘wilding’ Blackness, in the Black Outdoors. Examples of this work will be featured in the upcoming Issue #15 of Aint-Bad, an independent publisher of contemporary art.

THE FIRE NEXT TIME.

AmericanHorse (L) and Channing Concho of Acoma Pueblo take a selfie after a sculpture of Spanish conquistador Juan de Oñate was removed on June 16, 2020 in Albuquerque, New Mexico. The previous evening a protester was shot while others were trying to pull down the statue of Oñate, who was known for his cruelty to the Native Americans. Pueblo and Chicano leaders have been trying for decades to have the statue removed.
Photo by Paul Ratje

THE FIRE NEXT TIME…a longing in our hearts….

THE FIRE NEXT TIME   is an exhibition that looks back to last summer’s national and regional protests that followed the police killing of George Floyd. Symbols of Confederate and colonial oppression took center stage in gathering forces imagining an undeniable reckoning. Simultaneously terrifying and hopeful, the protests of last summer are a year behind us. This exhibition will include ephemera from recent protests in hopes to remind us of the people,  passion, commitment and sacrifice many of our communities made in hope of a better tomorrow.  Part memorial, part instigation, part celebration – the artists in this exhibition want you to dig deep today and tomorrow.

The title of the exhibition is taken from the James Baldwin book published in 1963. The title is a reminder of the long history of white supremacy and the deadly struggle for equality in this country. The Fire Next Time brings together local artists working in sound, performance, painting and physical objects. These works exist against a backdrop of community sourced signs, banners and objects from the demonstrations and protests of last summer.  The exhibition also honors community led  projects emphasizing the good that can be done when community members come together. 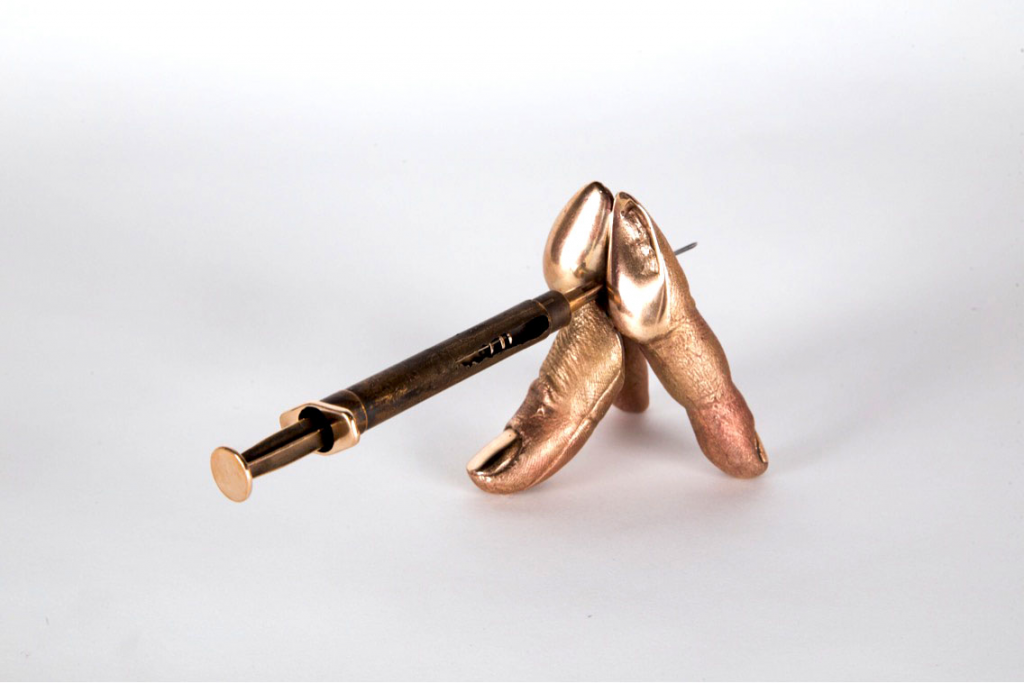 Sanitary Tortilla Factory presents new works by UNMs College of Fine Art MFA candidate TANNER SLICK. The ambitious, mixed media exhibition, Approved by God the artist blurs boundaries between object/body, pleasure/pain. Binary conditions and beliefs are transformed to complex intersections. The works range from small cast bronze representational distortions of bodies to transporting large-scale installations carefully crafted from scavenged materials. Each piece begins with improvisation and ends in articulated detail. The use of any material necessary approach to sculpting the world they know as a queer, masculine transsexual, southern (anti)belle.

APPROVED BY GOD was the phrase found on a hand painted sign strapped to the basket of a dirty, broken and clearly beloved trike at the Esperanza community bike shop in Albuquerque a few years ago. That trike became the frame for a collaborative mobile sound-cart that Tanner was working on at the time. The statement was as fitting for that beautiful piece of junk as anything else on this earth. If God is the creator of all things, then isn’t everything pre-approved?

Tanner Slick is a sculptor, scavenger and social-practice artist from Atlanta, GA, who is living in Albuquerque. Their art takes form in hand-crafted objects, installations, public interventions, audio/video and community spaces. Often working with reclaimed materials and cultural symbolism, they transform normative ideas of gender, power, sex and violence. From gnarled wood and rusty metal to glam, queer, kink aesthetics, they fuse a non-binary and trans experience with the lawless complexities of the natural, non-human world.

Slick also has a long-standing practice of community-building through collective living, farming/gardening and education projects. Since May of 2020 they have been collaboratively rehabilitating a two-story house on farmland into a shared living, growing and creative space in Albuquerque, NM. Slick received their BA from Mt. Holyoke College in South Hadley, MA in 2008 and is expecting to receive their MFA from the University of New Mexico in the spring of 2021.

Tanner Slick is the recipient of Sanitary Tortilla Factory’s 2021 Exceptional Visual Artist Scholar (EVAS) award. The EVAS series offers professional space for Master of Fine Art graduate students per year as their final thesis show. The culminating exhibition launches them into their profession as an artist. With the series, we underscore exceptional artists attending regional institutions while highlighting Albuquerque’s innovative connection to contemporary art practices.

HOLD YOU by Tamara Zibners 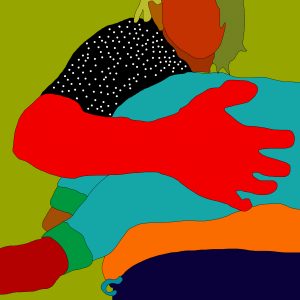 Sanitary Tortilla Factory presents HOLD YOU by Tamara Zibners. Zibners looks at the fleeting period of time during early motherhood when she and her child are physically connected. Throughout their day together, Zibners makes simple photographs with her phone, which she later transforms into digital drawings by using the images as underlays. Using the original colors as a source, she alters and pushes the palate to enhance or confuse the mood and amplify the abstract nature of the shapes found through loose contours. Some drawings are finished works, and others she reworks into collage pieces of various sizes, each an amalgamation of the myriad of colors and moods that are present in the digital drawings. Zibners intends to create an image that is recognizable as a domestic snapshot, but is degraded, cartoonish and abstract.  The result is a body of work that is at once disorienting and familiar, grotesque but tender.  After this pandemic’s year of physical distance, Zibners hopes that this work, which is ultimately about human touch, vibrates with extra intensity.