KQED – Christine Wong Yap Asks: Where Do You Feel a Sense of Belonging?

“When we’re more self-aware,” Wong Yap’s Belonging project website states, “we can be more intentional about the spaces we co-create.”

Wong Yap is currently in the “production & commemoration” stage of Belonging, a months-long social practice project that began in November 2018 with her residency at Berkeley’s Haas Institute for a Fair and Inclusive Society.

For the first five weeks, she was in “story collection” mode, distributing and collecting questionnaires in English, Spanish and Chinese. She conducted workshops with the help of community groups like Soccer Without Borders, San Francisco’s Chinese Culture Center and The Beat Within. It’s an expanded version of a similar project she undertook in Albuquerque in 2017, when she was in residence at an arts space called the Sanitary Tortilla Factory.

“I wanted to do something that said everyone belongs here,” she remembers. We’re sitting between two tables at Kala Art Institute, the venerable Berkeley printmaking workshop, with Wong Yap’s notes, sketches and bandanna prototypes spread around us.

Amo ergo sum I love, therefore I am – Valerie Roybal 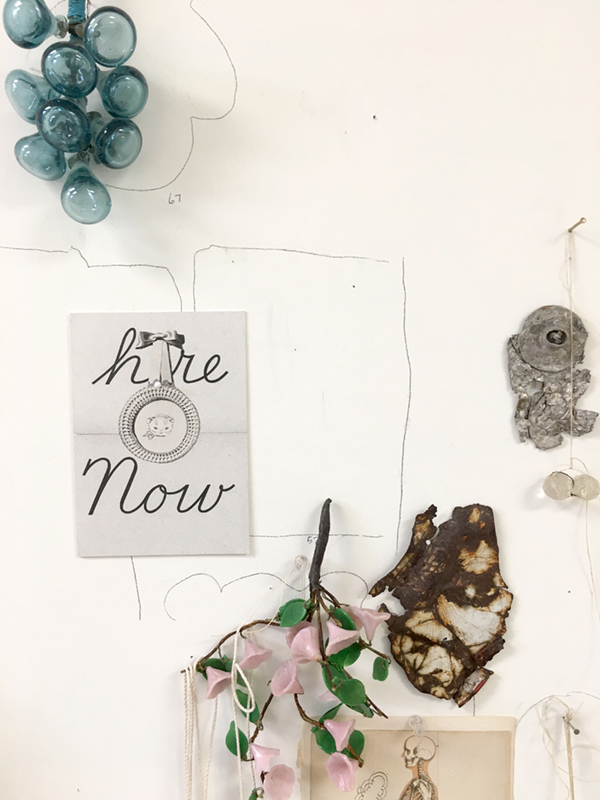 For the past year, Valerie Roybal had dedicated her studio practice to creating an installation focused on her love of things. Valerie fondly attended to a host of objects that were discarded
and obsolete. Roybal’s intimate and delicate reconstructions of fishing weights, postcards, sheet music, and oddities reconstruct a sophisticated elusive narrative that speaks to poetic passing of time. What had been overlooked and abandoned now becomes intricate parts of an obscure narrative. The constellation of objects carries a deep affection for the passing moments of our collective triumphs and fragility of our lives.

This exhibition was planned over a year ago. With Valerie Roybal’s passing this past week, the exhibition becomes part retrospective, part memorial, and tribute. The exhibition will be mounted by artists sheri crider and Heidi Pollard.

ChirpiVERSARY: A Survey of Bird Paintings by Travis Black

376 chirps in…a largely collector sourced show of birds from experiment to refinement to play to today. These birds represent this world, us and the beauty and tension/excitement of living. 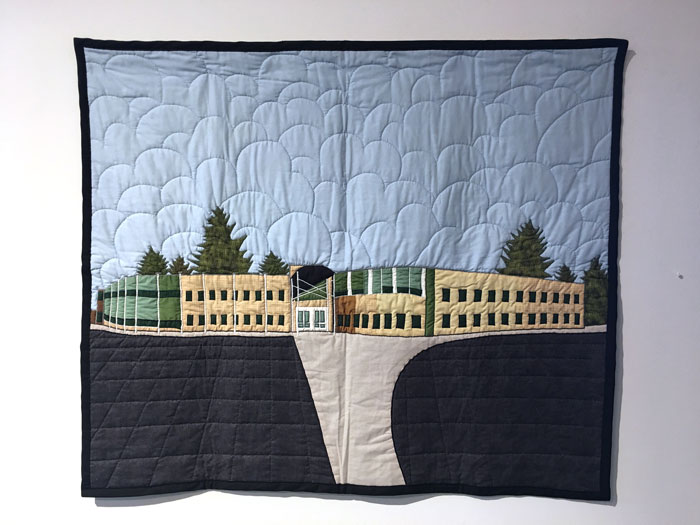 “In a world of fast-paced information, the growing list of schools where such tragedies have occurred surfaces in the news cycle and then disappears again. It is troubling how the particular horror of each fades from our collective and individual memories. The long view is perhaps what we need. In 207, we are offered the particular stories, as well as—in a glance, even—a suggestion of the cumulative impact of gun violence. In these buildings, 207 people, mostly children, were shot and killed or injured. In the aftermath, even more than a decade later, Photos poured hundreds of hours into memorializing each place. If only we all dedicated such care and attention to contemplating the complexities that created crime scenes out of schoolyards. Quilting is a craft that requires an intense amount of time and labor; the commitment to each of these portraits evidences Photos’ sincerity and earnestness—but there’s something else in the medium that works uncannily well with its subject. Look closely and you can see the individual strokes that hold the whole scene together, with something as delicate as a cut of ivory thread. Something in the medium, too, suggests the idea of unraveling.”

Read the full review below

“Wishing all beings loving-kindness, compassion, openness, ease, and joy this day and every day.”
-Valerie Roybal

Sunday, Dec. 2, 2018 from 11:30-1:00 pm
This week Sanitary Tortilla Factory lost a truly wonderful person, artist, and friend. We invite you to celebrate the life of Valerie Roybal. This Sunday we will be hosting an open house with food and refreshments.