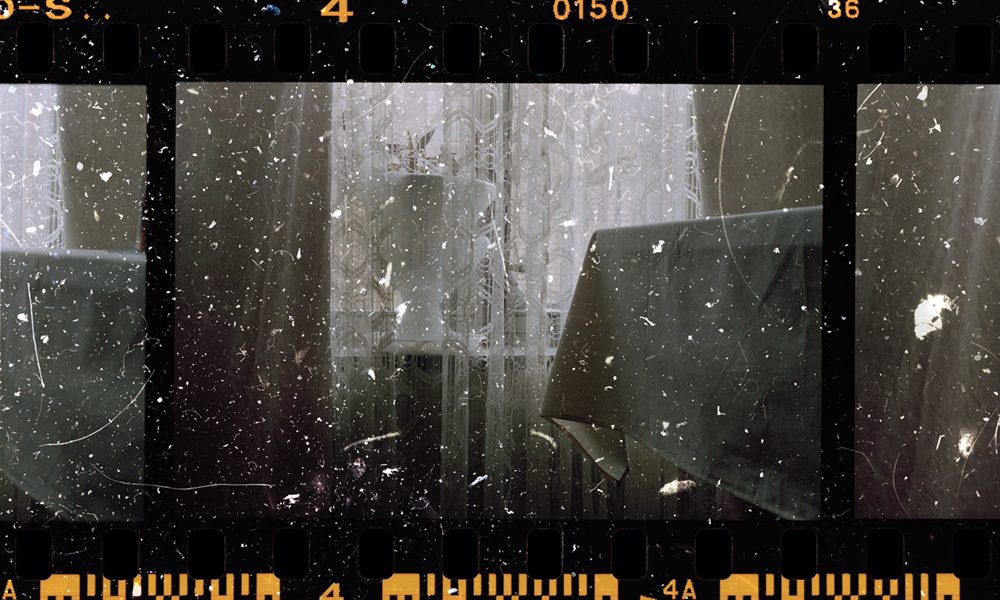 Aura is a quality integral to an artwork that cannot be communicated through mechanical reproduction – such as photography. The term was used by Walter Benjamin in his essay “The Work of Art in the Age of Mechanical Reproduction”. Photography, constantly, has been used to record the special and ordinary moments of

our life. Time has an aura. Each second is unique and non-repeatable. On the other hand, the way that our minds recall our past (memories) is like capturing them as a copy of the reality that doesn’t have the aura of reality.

I’ve been living with my parents in the very first house that I know for the first 18 years of my life. Then I moved to the other city but I’d used any chance to go back to see my parents and the house. Between 2008 and 2011, I had captured several photos of that space and my childhood trophies in that house. The house held a unique place in my

childhood, much as my mother and my father did. Objects and locations, which carry the weight of their histories, have aura for me. Now in the Age of digital photography and reproduction, I find my old negative and photos as an object, which contain history. They are objects from my past and the subject of these photos is so personal for me. Reality is not changeable but our memories can get unclear and defaced through the time. That’s how after years, two individuals may have the same memories from an event with different or even conflicted details. It seems our memories look like photographs that passage of time can affect them.

As a toddler, I was a devoted daydreamer. I took these photos around 10 years ago to attempt to revitalize my old cozy daydreaming atmosphere. After some specific stages in my life, my obsession with my past reduced somehow. Those moments are so far and untouchable as much as my favorite fiction books that I placed them under my bed in my parents’ house in Iran. 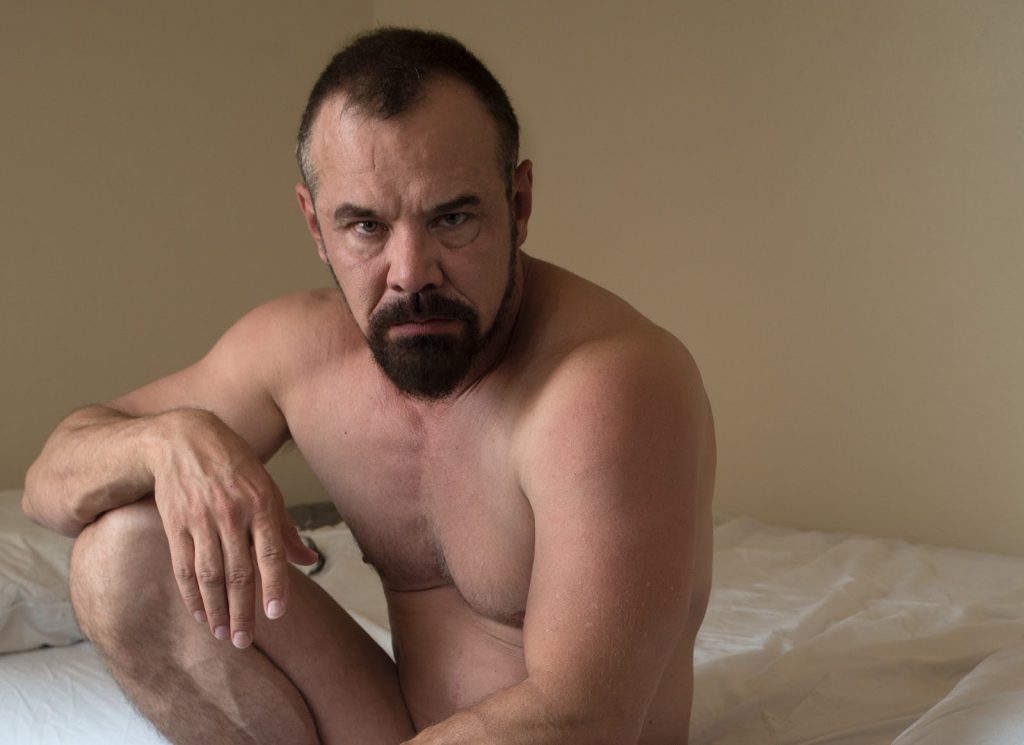 The photography of Apolo Gomez and Max Woltman explores sex, dislocation, and desire. Apps and websites may have changed the way gay men are approaching hooking up. Through documentation and portraiture, the exhibition “R U LOOKING?” Celebrates and questions these encounters.

Know your status! During the opening reception, free HIV testing will be provided by UNM Truman Health Services. UNM Truman Health Services uses the latest research and developments in medicine to enhance the lives of New Mexicans living with HIV. Their faculty and staff of health professionals are committed to pursuing the treatment goal of virus suppression and improved immune system with compassion, respect for human dignity and the right to privacy. 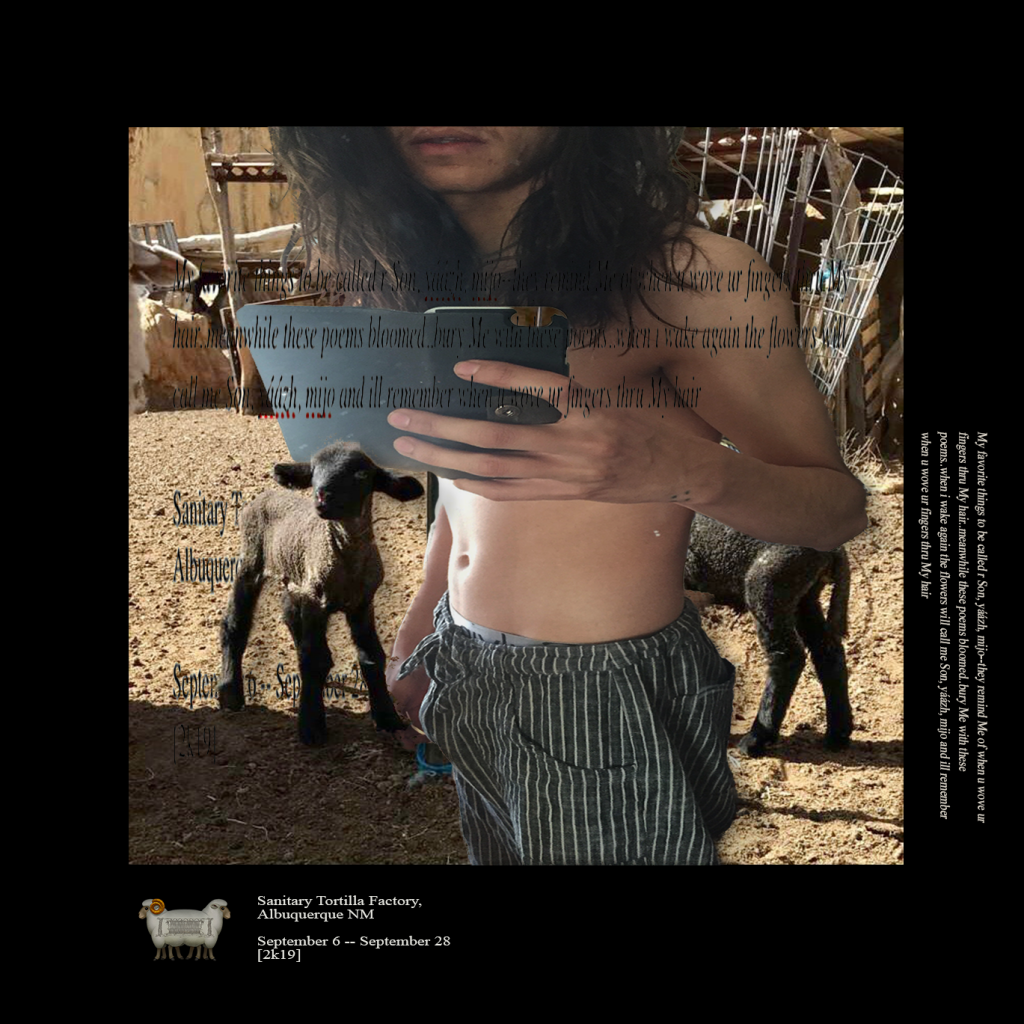 Where is My place to find solace? I think it lives in my process. My hands make make make and create create create to tell some sort of story that lets me know how much I love you. Where is My vulnerability and honesty lay? I think it lives in my actions. When my mind tells my body to move it’ll move. When my mind tells my body to see it’ll see. When you present a form of yourself to Me I trust myself enough to allow you in and see some form of empathy between us. I fell in love with you before we met and these objects materialize that. I thank you for creating these with Me.

Eric-Paul Riege (Diné) (b. 1994, Na’nízhoozhí, Gallup, New Mexico) is a weaver and fiber artist and outsider poet finding presence in his mind, body, and beliefs through performance, installation, woven sculpture, collage, and wearable art. For Riege his weavings pay homage and link him to generations of women weavers in his family and exist as living things that aid him in generating sanctuary spaces of welcome. Riege holds a BFA in Art Studio and Ecology from the University of New Mexico. His work has recently been exhibited in the SITElines.2018 Biennial at Site Santa Fe, NM, the Navajo Nation Museum in Window Rock AZ, the National Hispanic Cultural Center in Albuquerque, NM, and The Institute of Contemporary Art Miami in Miami, FL. 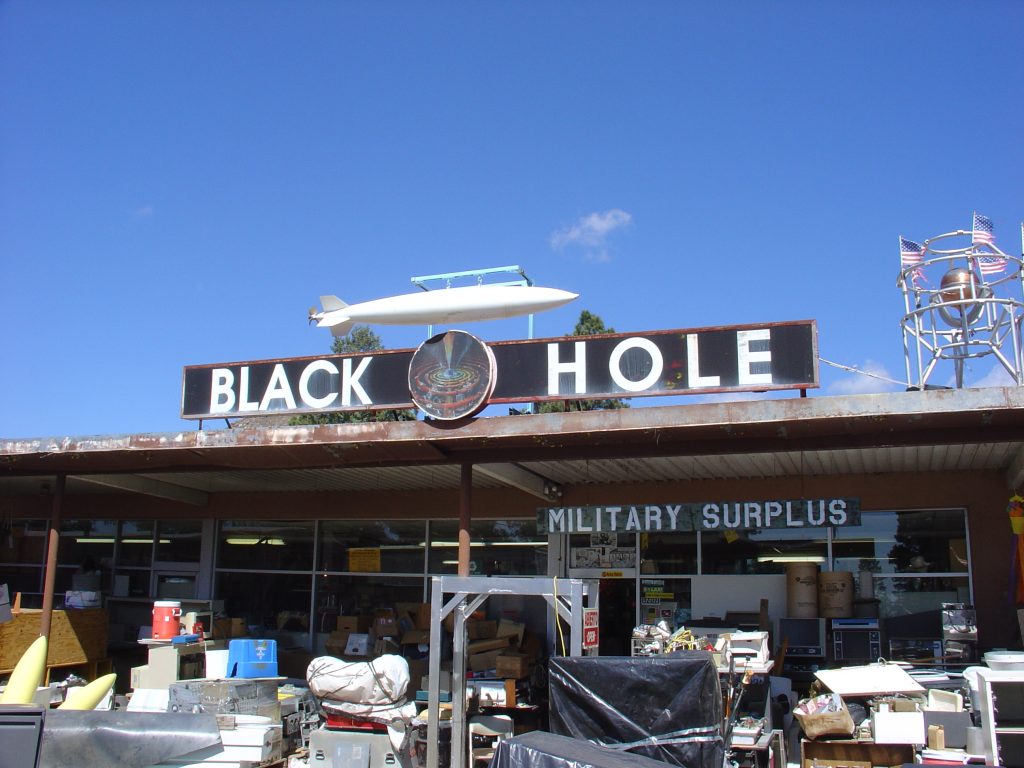 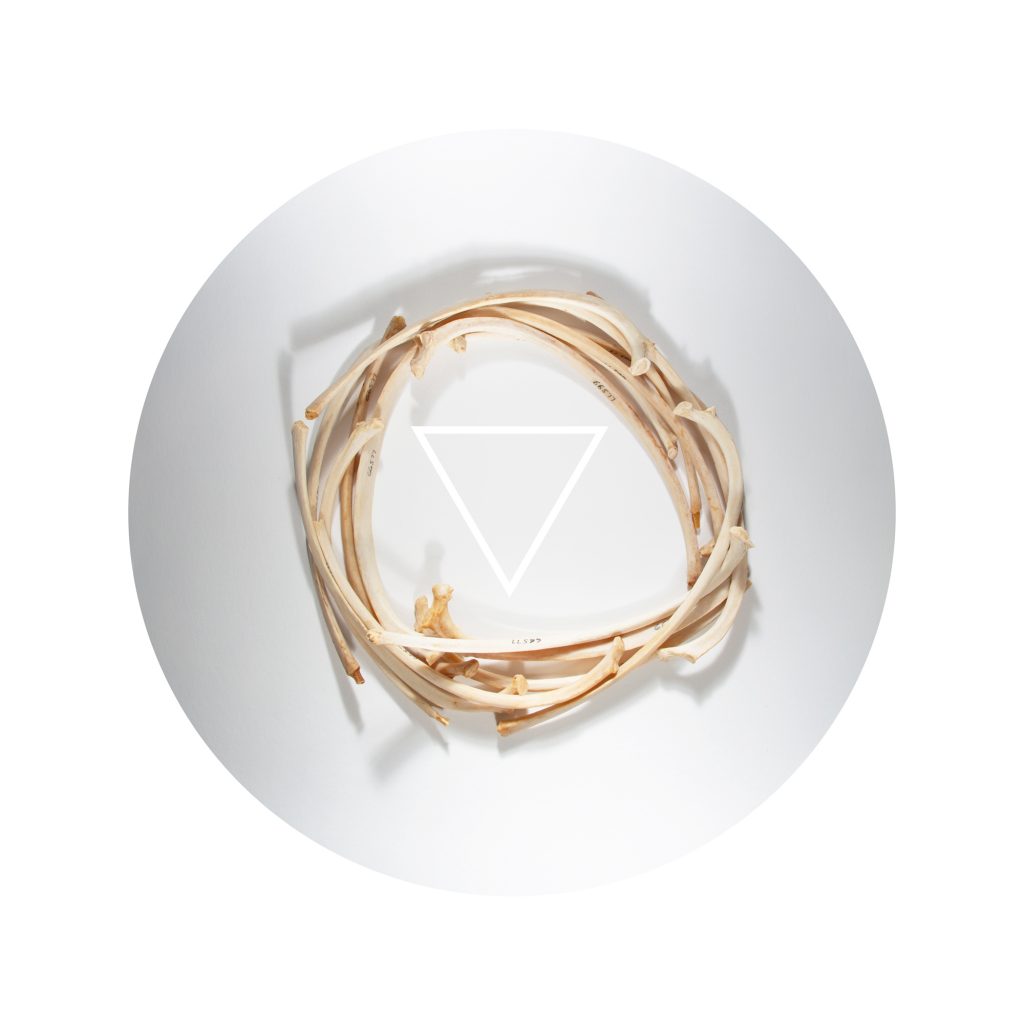 Ananke, the Necessity, was considered one of the forces dominating nature and human fate in ancient Greece; even the gods were subjects to her; a mechanical force of chained events, reactions, given possibilities. In this exhibition, Viola Arduini explores and suggests a renewed understanding of the power of such force, while suggesting the necessity for change. Ananke is the mechanical, blind destruction humans are causing on the planet, yet Ananke is the need of a reaction.

Arduini’s creative practice investigates relationships formed by humans, animals, and technology, engaging in issues of biodiversity loss, promoting new forms of dialogue about coexistence.The impact of human activity on the planet is so enormous, cohabitation with other species seems impossible. Mixing languages and practices from both art and science, Ananke offers a space for questioning and promoting change regarding the current ecological crisis.

Arduini’s work narrates – through embodied aesthetic experience for the audience– stories that are just small enough to be felt and thought; yet are complex and open for generating new connections, feelings, and ideas. Embodiment becomes a tool through which stories and ideas are activated, a space for generating different views of extinction and cohabitation; ideas of kinship, interspecies relationships and human presence become the ground for seed