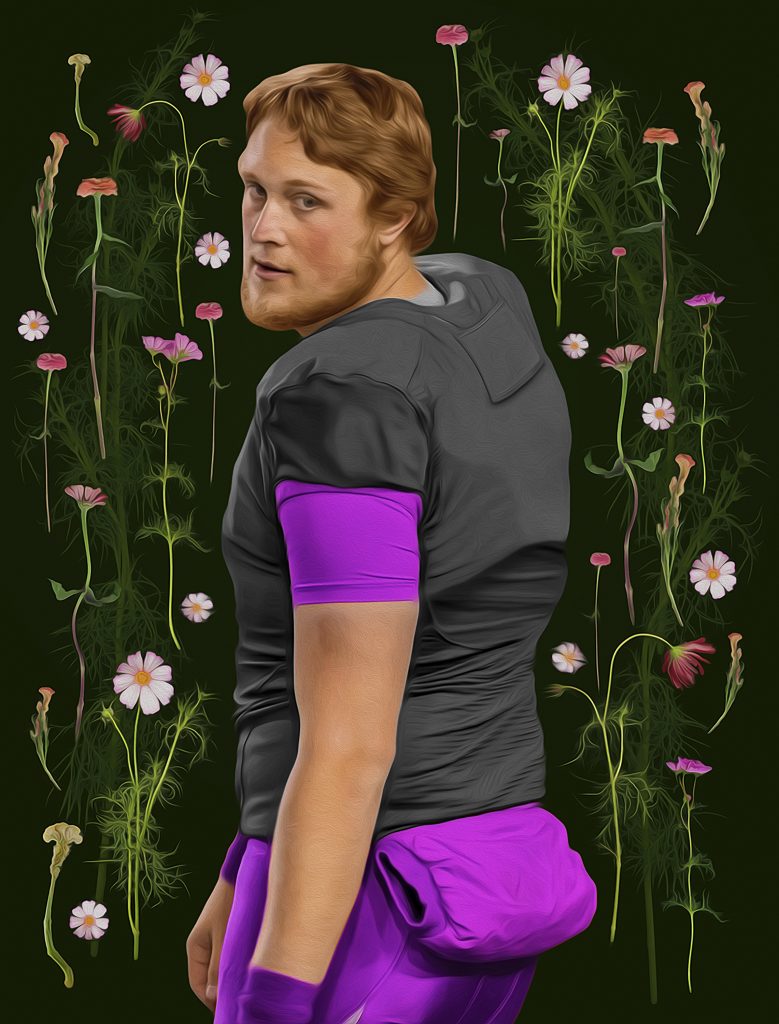 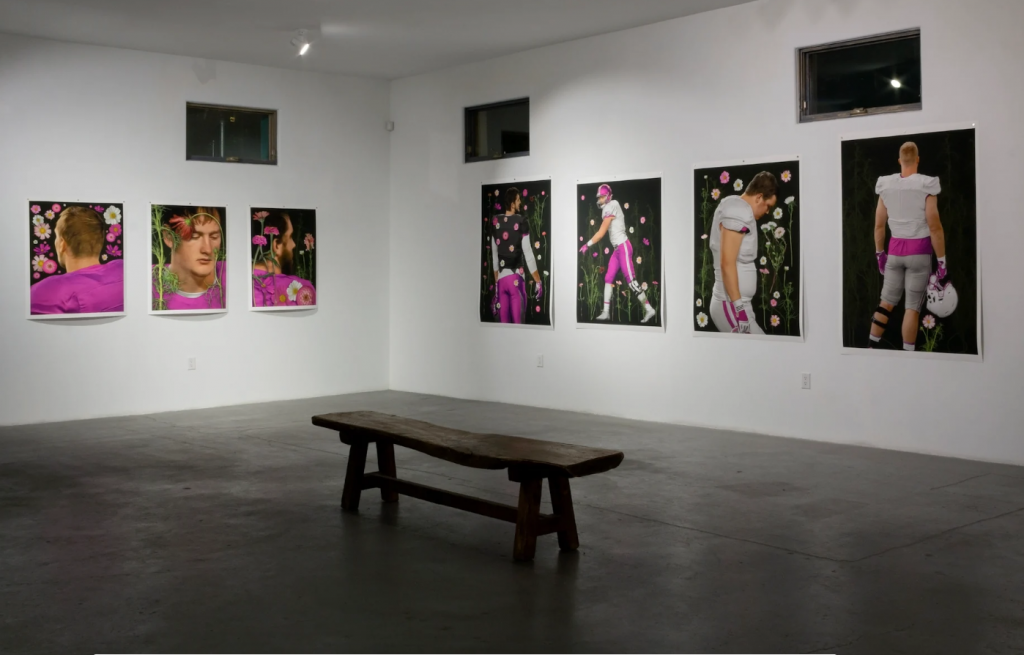 “Football” addresses cultural categories of identity in the context of contemporary portraiture. I started this body of work in 2015 by shooting thousands of photographs of college football players during live sports events. My dad, who guided me in where to get the best shots, was especially delighted, having once been the sports photographer at West Point. I attended football games for the next three seasons, sitting in the stands and using a 400-millimeter lens to photograph the many figures involved in the spectacle. At the same time I was photographing flora in the studio, and it wasn’t until later that I saw that these two archives both addressed issues of categorization and naturalness essential to my current practice.

In my research I had been considering the expectations bestowed upon artists who have specific marks of identity, and how their work is expected to authenticate their experience: women should represent their gender, people of color should represent their race, and queer folk should represent their desire. I wanted to problematize this equation by articulating the formation that often privileges itself as the transparent, rectilinear frame through which American culture is often perceived. With this in mind I selected normative, white, male figures from my archive and rendered them alone, away from the din of the football field. Each figure is juxtaposed amid an array of wild flowers and their uniforms have an unexpected, garrish team color.

These digital composites are printed at life-size and use a visual vocabulary that hovers between the presumed reality of lens-based photography and the presumed fantasy of digital painting. Depending upon one’s physical proximity to the pieces, the appearance of the figures and of the flowers shifts from being very stable to very fluid. This project demonstrates that portraiture doesn’t necessarily disclose intrinsic truths about the subject matter it depicts, but rather renders bodies as wildly fluctuating surfaces upon which culture projects, incises, and embeds its ideals.